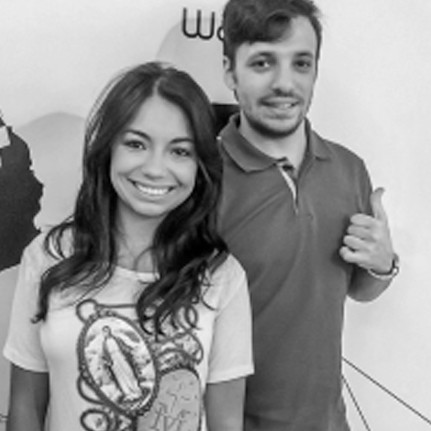 Mario Pbuh: VFX Supervisor & Creative Director/Stratostorm Studios: the Italian Mario Pbuh is responsible for the creative direction of the projects and supervising VFX on the film set and on a daily basis with the VFX artists in the Studio of Stratostorm, in projects in Brazil and the United States. PBUH works on creation and realization of Visual effects in productions of music videos, advertising and film. Among the works are clients such as JWT, Ogilvy, Cartoon Network, Warner Channel and music clips for Panic! at The Disco, Prince Royce, Gloria Trevi, St Lucia, among others. PBUH is also responsible for the development of the pipeline and workflow of Stratostorm. For 4 years he was part of the team of VFX of Ingenuity Studios in Los Angeles and on his resume had participation in creating Visual effects for video of Katy Perry and tv shows like Brooklyn Nine-Nine, Parks and Recreation and Happy Endings.

Helena Hilario: VFX Executive Producer & Business Development/Stratostorm Studios: Helena Hilario is responsible for budgets and negotiations with customers, scheduling, distribution and post-production team for each project. Helena works along with the Mario Pbuh in the coordination of the VFX artists and choices of the best solutions to achieve the clients ' ideas. With over 10 years of experience in the field of entertainment in Brazil and USA, in her career Helen has passed by the movie Academy (SP), Downtown Reel (NYC), Ingenuity Studios (LA) and KGB Films (Paramount Pictures).