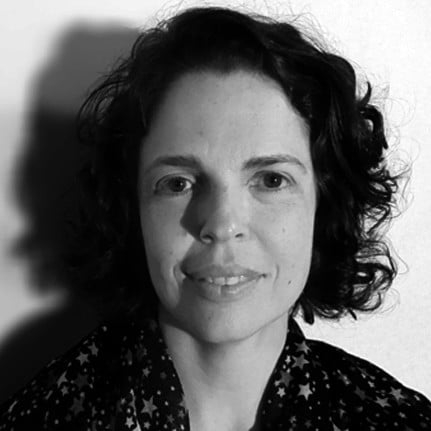 Liana has a degree in Architecture and Interactive Media. She is co-founder of SuperViz (2018), a platform to create and collaborate in 360º environments. She also co-founded SuperUber in 2002, acting as art curator at festivals such as the World Creativity Biennial (Rio de Janeiro, 2012) and innovation curator at the Rio2C Festival (Rio de Janeiro, 2018). At SuperUber, she creates experiences ranging from individual installations to entire exhibitions and festivals, and has shown her work around the world at venues and events such as the UN, SxSW Festival (USA), the Design Museum and the Victoria & Albert Museum (England). In Brazil, he participated in projects such as the Museum of Tomorrow and the Closing Ceremony of the Olympic Games (2016). In New York, she worked as a designer and animator for companies and festivals such as HBOKids, Eyebeam Atelier and NY Film Festival. Liana was editor of Interface channel, a blog about art and technology at Jornal do Brasil Online (2006-07), published articles and a book about new media.